Billy Oates, Alabama governor, Confederate colonel who led his men up Little Round Top on the second day of Gettysburg. Some of the humor of the Jackson Speed novels comes from putting a character like Ol’ Speedy next to a man like Billy Oates.

A few years ago, when I wrote the first Jackson Speed novel, I was talking to a buddy of mine and trying to describe the book to him.

It’s easy if someone is familiar with George MacDonald Fraser’s Flashman Papers, because then I can just say, “Well, Jackson Speed is similar to an American Flashman.”

But my friend wasn’t familiar with Flashman.

Of course, Jackson Speed is almost nothing like the historical fiction of Jeff and Michael Shaara.

The father and son writers do a magnificent job of interpreting history through their stories, and if you have an interest in the Civil War and that time period, I highly recommend them. I’ve also enjoyed reading Bernard Cornwell’s Starbuck series (although I like his Sharpe series better).

These are all great historical novels well worth reading.

The history in them ranges from precisely accurate to complete fiction, but they are all wonderful novels that tell really entertaining tales and, for the most part, offer readers mini-lessons in history.

I hope that Jackson Speed also entertains, and I know that there are history lessons hidden within the fiction. But with the exception of Fraser’s Flashman, all of these books take a pretty stoic view of history. Their heroes are heroic. Even when these authors allow their protagonists to be flawed, the flaws are overcome and the heroes find redemption.

Jackson Speed is without redemption, and his flaws run deep, but the thing that drives me when I write these stories is a desire to not take any of it too seriously. I write about horrible times and terrible events, but what I like about Speed is that so long as he escapes it, none of it matters much to him.

When he sees a man shot in the gut in battle and the guy is dying a slow death with his intestines leaking out on the battlefield, Speed is just thankful it wasn’t him who was shot.

When he is forced to give a thought to the institution of slavery, he’s ambivalent because he ain’t in chains.

Of course he’s also horrified by all of it, and scared to death. Part of what makes Jackson Speed so awful as a person is his willingness to succumb to his fear. While the brave men he meets (typically real people from history) charge into battle or do the duty, Speed is crouched behind a tree trunk praying for safety. I love the juxtaposition of Jackson Speed and, for instance, William Oates of the Fifteenth Alabama on the side of Little Round Top on the second day at Gettysburg.

Oates – both the Oates in Jackson Speed at the High Tide and the real Oates of history – was a tough and fearless man, and the men of the Fifteenth Alabama only left that hill when they were nearly out of ammunition and exhausted from terrible fighting, a 20-mile march and climbing up the side of Round Top. And then there’s Jackson Speed, and you’ll know how he escaped that ferocious battle in the woods on the side of that famous hill.

And then, because we see all of this action through Jackson Speed’s memory, these stalwart men of history are viewed as maniacs and imbeciles. And that just amuses me to no end.

So if you’re looking for historical fiction that casts these characters in a stoic and properly respectful attitude, there are some great books out there that I highly recommend.

But if you think you’d like a little humor in your historical fiction, a little coward in your hero, some pinched nipples and slapped butt cheeks, then you might want to give Ol’ Speedy a read.

Is it farcical? Yes.

Is it absurd? Sometimes.

Is it interesting and informative? Absolutely.

Is it like most other historial novels? Um. Not really. 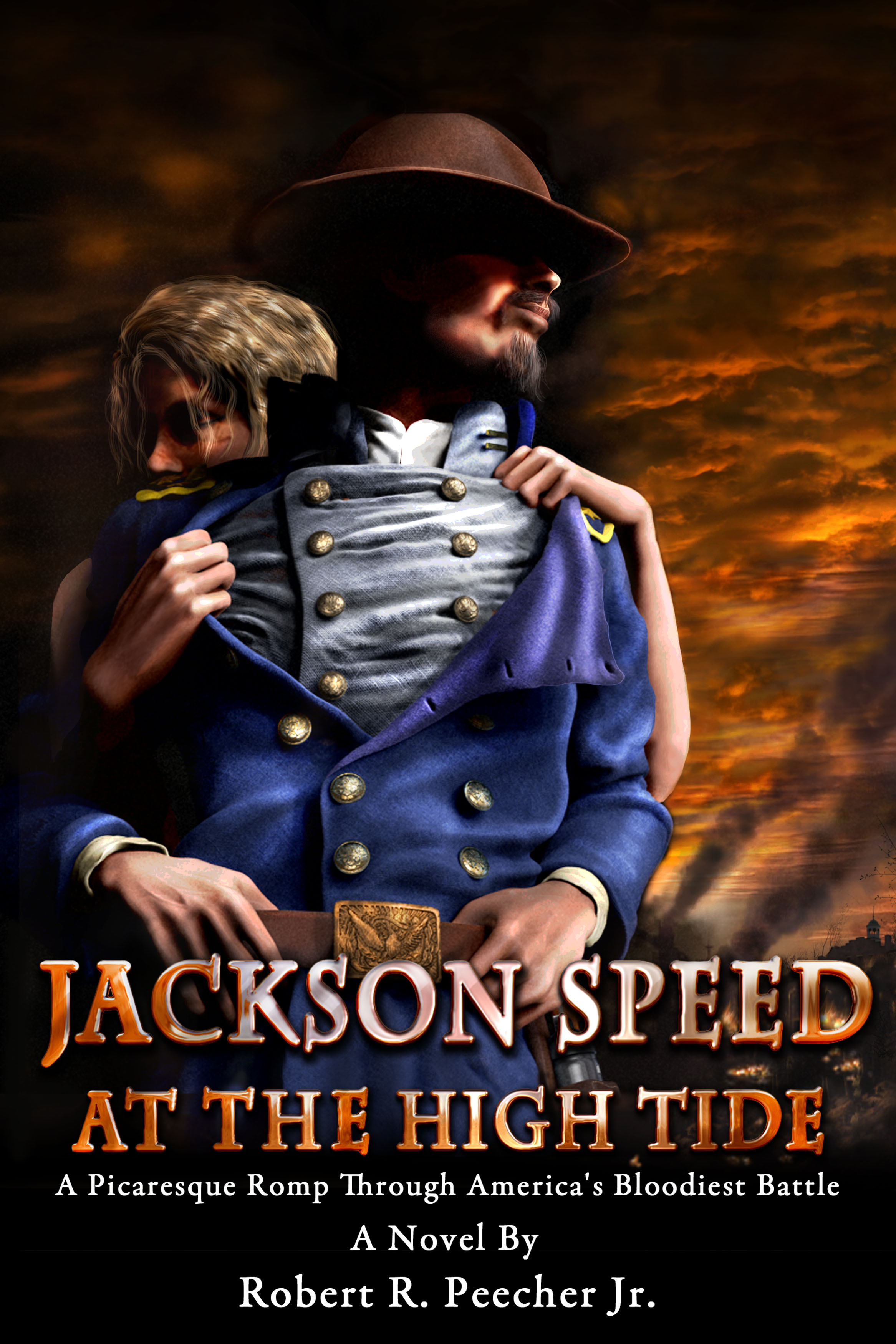 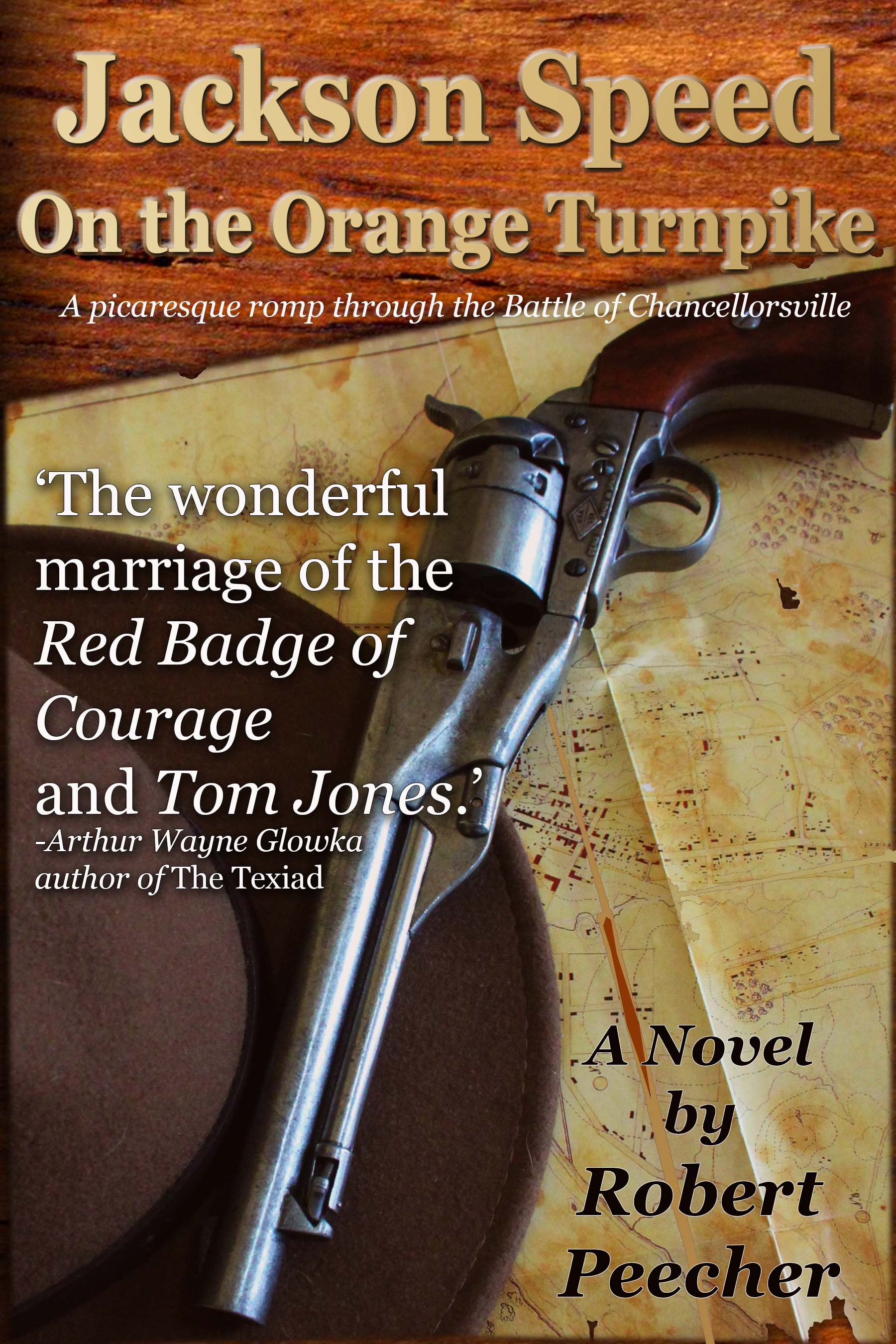 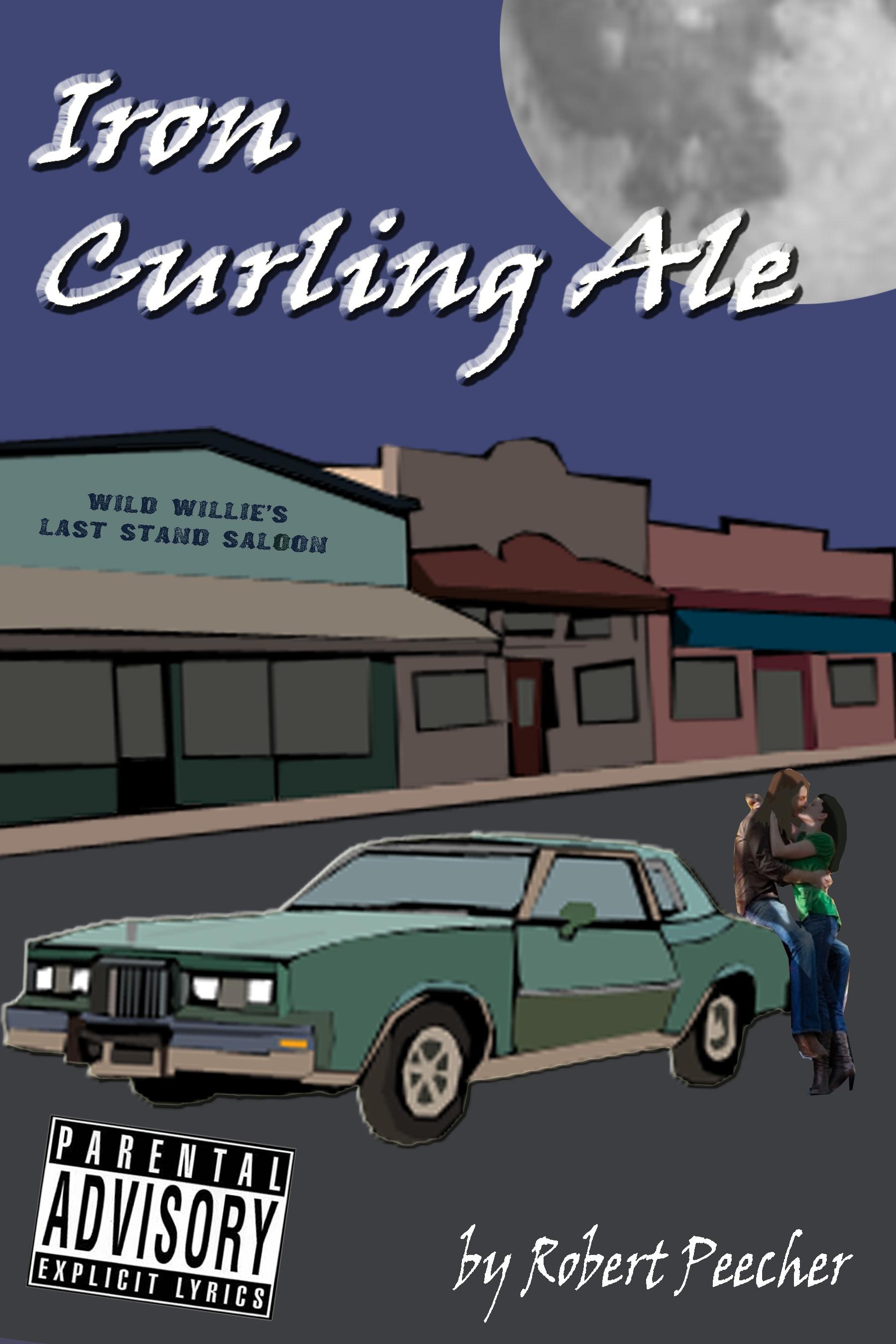