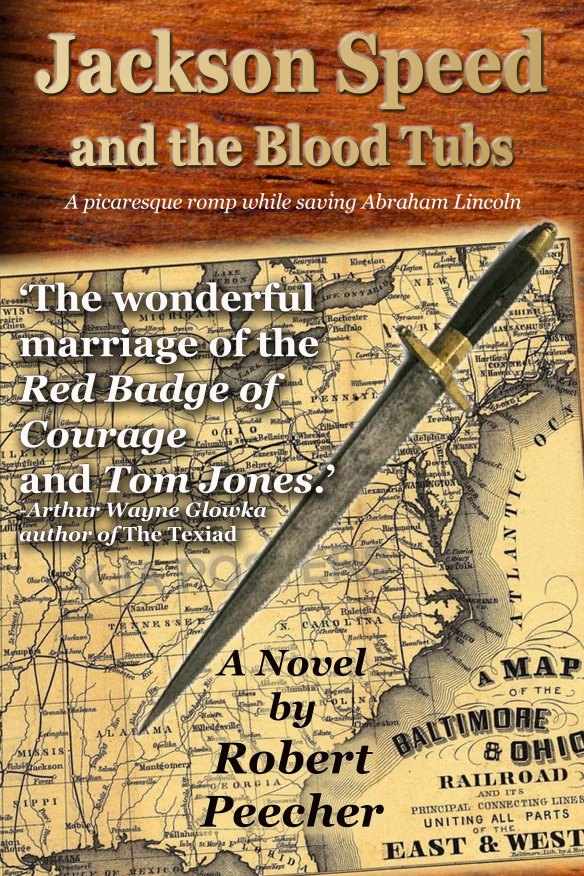 Set in the late fall of 1860 and the winter and early spring of 1861, Jackson Speed and the Blood Tubs, finds Speed preparing for the coming war between the States. Speed has gone to New York to arrange some of his business affairs, but while there he receives a message from Allan Pinkerton, the famed Railroad Detective. Pinkerton requests Speed’s help in Baltimore, Maryland, where there are plans by secessionists to attack the railroads.

In Baltimore, Speed learns of a plot to assassinate president-elect Abraham Lincoln before he is sworn in to office. With Pinkerton pressuring him, and Speed too interested in Pinkerton’s sexy spy Kate Cherry to be properly on his guard, Speed unwillingly helps to foil the plot by the Corsican barber Cipriano Ferrandini. But saving Lincoln turns out to be just the beginning of Speed’s troubles as Ferrandini’s band of henchmen, known as the Blood Tubs, discover that Speed has infiltrated their group on behalf of Pinkerton.

The Blood Tubs allows readers to see the tension in the months leading up to the American Civil War through the eyes of the reluctant adventurer who becomes a Texas Ranger, a Pinkerton Detective, a gunslinger and a spy for both the Union and the Confederacy. And before it’s over, he’ll pinch every nipple, squeeze every teat and bed every woman who is half willing or too slow to get away.

Ol’ Speedy is the lovable rogue, the cowardly anti-hero whose exploits are always motivated by his desire to preserve his life or his desire to get belly to belly with whatever woman is unfortunate enough to cross his path.

Jackson Speed is a character like Harry Flashman, Rhett Butler and Tom Jones all rolled up and mixed together with a heaping helping of Henry Fleming.